I love to highlight passages of scripture where God uses past tense grammar to describe a current or future victory. Here are a few of my favorites:

“See I have delivered Jericho into your hands.” (Joshua 6:2, NIV)

Joshua stands before a small city fortified with tall walls. Assessing the giant walls, God said, “See I have delivered Jericho into your hands.” I wish I could see the look on Joshua’s face at that moment. Queue the climatic music. Staring up at the walls, did he have a look of skepticism or determination? Before God offers an unusual battle plan, He assured Joshua, “I have delivered” this city into your hands. 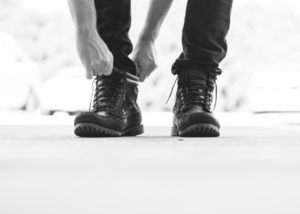 Joshua entered into battle from the stance of victory.

“See, I am sending an angel ahead of you to guard you along the way and to bring you to the place I have prepared.” Exodus 23:20-31 (NIV)

Moses led a million march–a motley crew of former slaves, out of Egypt through the Red Sea towards freedom. God in is mighty way parted the Red Sea and the people marched right through toward freedom. Before the split, God assured Moses, “I am sending an angel ahead of you…to a place I have prepared.”

With Pharaoh and the entire Egyptian army closing in behind, Moses walked in a stance of victory on dry ground as he crossed the Red Sea.

A chapter before, the Lord finds Gideon hiding from the enemy. Now God has called him to fight. Before God issues an unusual battle plan (by the way, most of God’s battle strategies are unusual) He assures Gideon, “The Lord has given” the enemy into your hands.

Gideon enters into battle from a stance of victory. 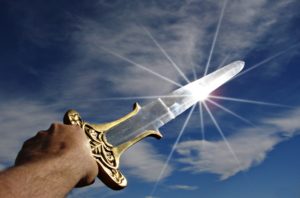 We can learn from Joshua, Moses, and Gideon. These men faced insurmountable circumstances, yet they entered into battle from a stance of victory.

Before God issues an unusual battle plan, for our lives we can rest assure He has already prepared our future and delivered the victory.

What battle are you facing?  The victory is already yours. Go get it.

If you need musical motivation, I recommend listening to Go Get It by Mary Mary.

*All Scripture is NIV from Bible Gateway. *Images courtesy of Pixabay and 88.5 Lite FM